About Japanese Association for Environmental Sociology

Environmental sociology is the study of the interrelationships between the natural, physical, and scientific environment surrounding humans and the various aspects of human groups and human society.

The Japanese Association for Environmental Sociology (JAES) is a nonprofit membership organization dedicated to advancing the development of environmental sociology. JAES was founded in 1992 with 53 researchers taking part in its foundation.

Now with 550 members (as of 2018), JAES has become the largest environmental sociology association around the Globe. JAES members come from a wide range of backgrounds: researchers, teachers, students and practitioners in many fields.

Reflecting the diversity of our members, the themes of recent seminars include: eco-tourism and the regeneration of communities, new wave of environmental movements, “commons” and the environment, citizen-participation in the environmental policy-making process, renewable energy, organic farming, Minamata disease, and forest conservation. 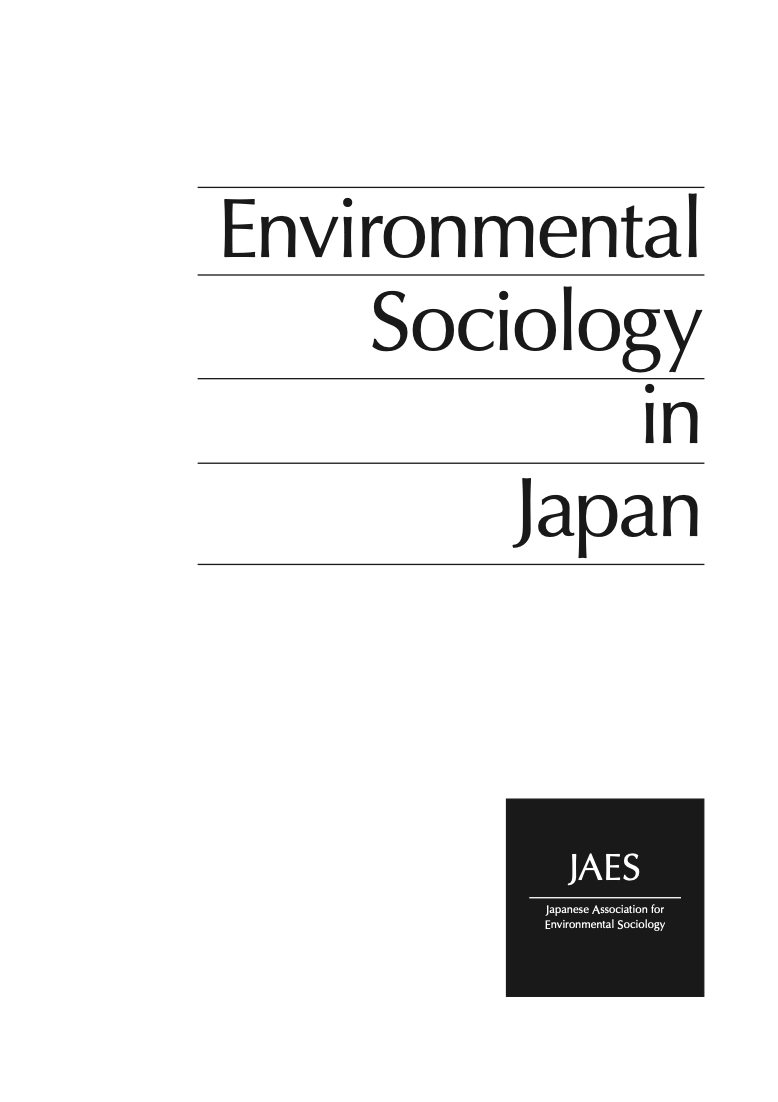 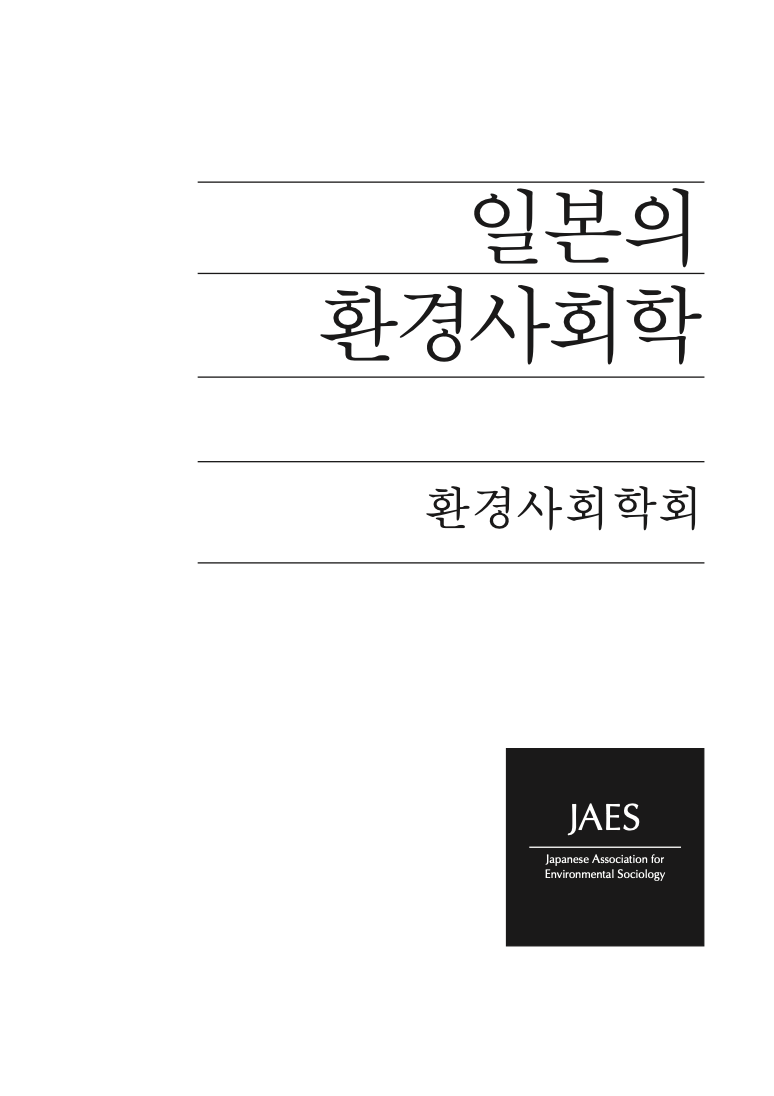 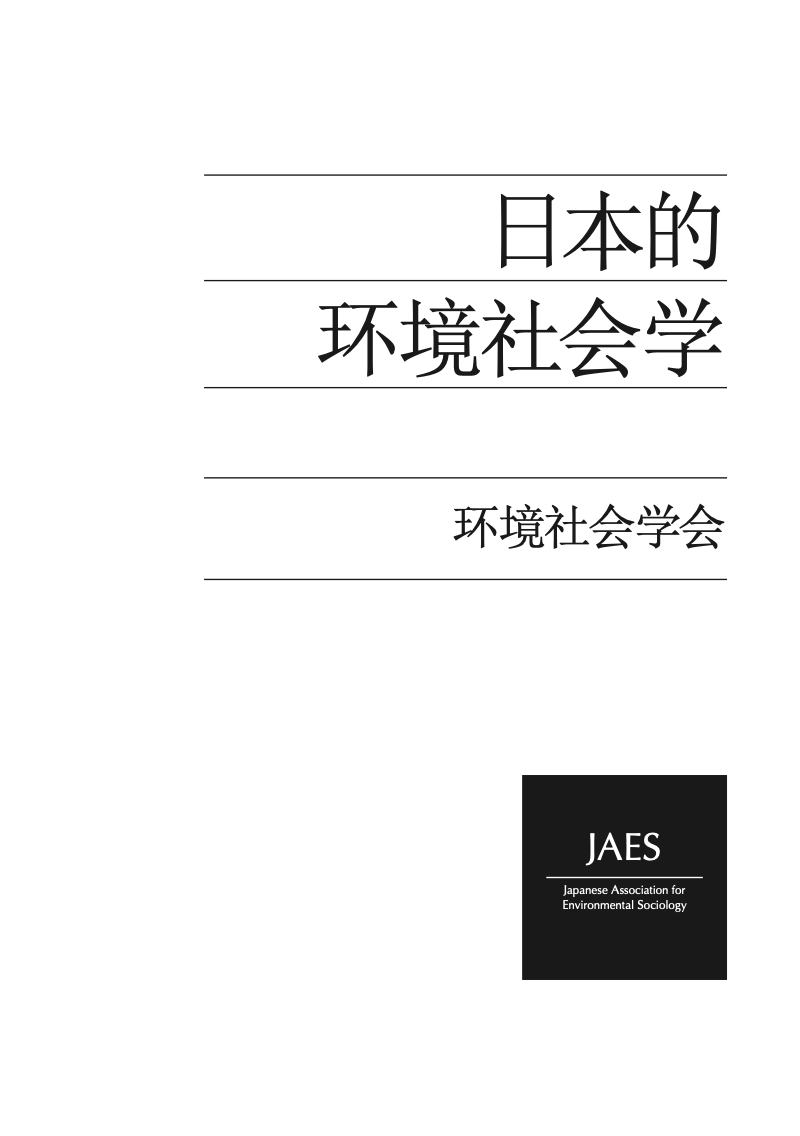 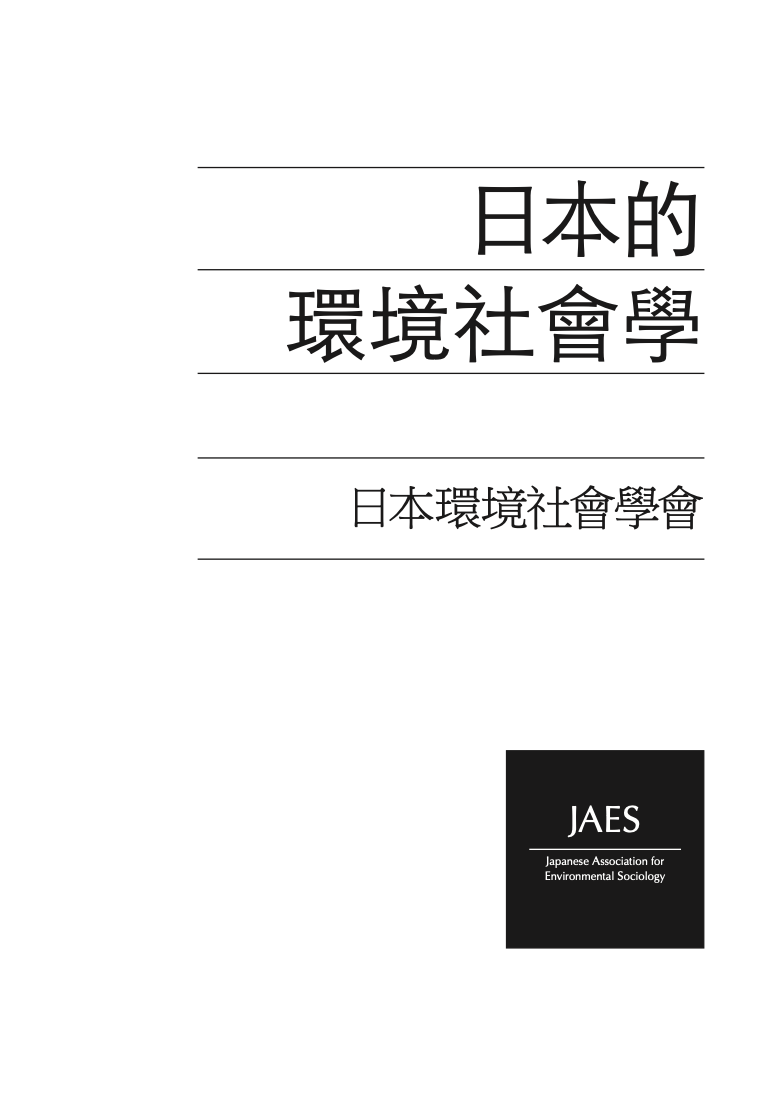 Background of Environmental Sociology in Japan

Japanese environmental sociology has roots that date back to the early 1960s, when it mainly focused its attention on the analysis of social mechanisms that produced pollution victims. This can be attributed mainly to the fact that Japan suffered from severe environmental disruptions (kōgai) in the 1960s and 1970s.

A few examples of the disruptions are Minamata and Itai-Itai diseases, but the list continues endlessly. Researchers, therefore, conducted case studies occasionally accompanied by in-depth interviews, intending to understand the subjective reactions of victims as well as their protest activities and to uncover the mechanisms of societal and environmental disruption in local communities.

Sociologists of that time considered analyzing the structure of victimization as more urgent than the HEP-NEP paradigm change controversy. In the late 1980s, Japanese sociologists whose interests focused on environmental problems gathered at a symposium. They founded a small informal association in 1990, the predecessor of The Japanese Association for Environmental Sociology. The late Prof. IIJIMA Nobuko (1938-2001), a pioneer in Japanese environmental sociology, became the first president.

Semiannual Seminars and Other Activities in Japan

The Association holds semiannual seminars each spring and autumn. The spring seminar may include excursion programs that give its members the opportunity to discuss issues on site, namely, at the actual places of the environmental disruptions. The seminars have been held in places such as Ashio copper mine, Lake Biwa, the World Heritage Shirakami Mountains, Minamata, Niigata, and a waste disposal site in Nagano.

JAES is also active in increasing interchanges with other fields of social sciences. Since 2000, JAES has co-hosted an interdisciplinary symposium with two academic associations, the Society for Environmental Economics and Policy Studies and the Japan Association for Environmental Law and Policy.

The Journal of Environmental Sociology

The annual academic journal of JAES, the Journal of Environmental Sociology, was first published in 1995. It was the world’s first journal devoted especially to environmental sociology. The Journal covers a wide range of topics, including forests, rivers and seas as commons, environmental movements and NPOs, civic research, and disaster studies. The journal is published by the Yuhikaku.

Apart from Japan-based seminars, JAES has cooperated with other associations in East Asia.

Since the early 1990s, numerous international symposiums have been held in East Asia. Following the successful Beijing conference in 2007, the ISESEA-1 was held at Hosei University in Tokyo, Japan, in November 2008. Leading scholars from across East Asia gathered in/for this 3-day intensive symposium with more than 150 participants. Following the tradition of “the excursion” of JAES, there were field trips to several places where environmental disruptions were pressing issues. This was very well received by the scholars from overseas. Both the symposium and the field trips were very successful.

During the ISESEA-1, it was agreed to hold a Symposium every 2 years (except the ISESEA-2) by taking turns among the environmental sociology associations in Japan, Taiwan, Korea, and China. In fact, a total of 6 ISESEA symposia have been held so far, as follows:

Each ISESEA was unique in content and style, but friendliness, intensive discussion, and field trips are the common features of ISESEA symposia.

The members of JAES also contribute to other international associations. In 2014, an ISA Conference was held in Yokohama, Japan, and the members of JAES played an important role in helping organize the meeting. In collaboration with RC24, JAES, the Institute for Sustainable Research, and Hosei University hosted a 2-day pre-congress conference entitled “Sustainability and Environmental Sociology”. Remarkably, Professor Koichi Hasegawa became the first Asian president of RC24 during 2014-2018.

How to join JAES?

Members are eligible to make presentations at seminars and to submit manuscript for review . If you are not a current member, please apply for membership. Membership qualifications can be accepted by any member of society who agrees with the objectives of JAES and pay an annual membership fee. Postgraduate students can also join, but undergraduate students cannot be accepted.

You can register online. Please proceed via following site:

* For foreign members who have foreign nationals living outside Japan are exempt from the admission fee.

Once you are accepted as a member, you will receive a mail-magazine issued irregularly by the JAES office, and you will be informed regarding how to apply for the next seminars or JAES journal (the contents are only available in Japanese) . The journal will be sent from the admission year.